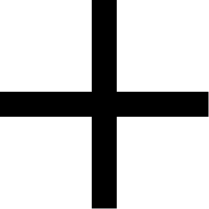 The site is located in the heart of Copenhagen, close to Ny Carlsberg Glyptotek, Tivoli Garden and Christiansborg Palace. Respect to the city scale context, I try to ensure that the axis of the of between the Christiansborg Palace and the railway station will not be blocked; on the other hand, the block scale, in order to maintain the original publicness of the square and provide enough public space for the conference hall, I firstly create skin-in “square”, redefining the public character of Dantes Plads, rather than blindly occupying the site. Another clue comes from Ny Carlsberg Glyptotek. The landmark classical facade of this historical building is facing the new conference hall on the south side of the street. This classic building also has a central axis, which I will exploit to extend the axis as the central axis of my proposal.Thus, the volume of the triangle was born from these site considerations on different scales. A huge triangular mass extruding out of the sinking “square” formed a “shell”. I wanted to keep the “shell” as transparent as it can, creating a feeling of openness; meanwhile, I hoped that the glass would not be so conspicuous in the neighboring classic style buildings. I solved this contradiction through the details of an inward zigzag facade: at certain angles, you wouldn’t see large areas of glass and their reflections, but arrayed pillars which are similar to the nearby building scale. But once you approach and enter the building, the sun light will spare no effort to spread it through the glass from façade and skylight.Then, the sharp corners of the triangle will be used as exhibition space. This is a three-story space, whose corner is facing the national museum and the Christiansborg palace. People always have the opportunity to meet with famous historical buildings by any chances, as if those historical buildings in the city were at the exhibition as well. With a slowly rising ramp, you can enter the top floor of the exhibition hall, where you will have chance to access to roof deck. The rest of the triangle is occupied by the auditorium space. But these spaces are not filling the shells, but form “the space in the shell”, floating in, leaving gaps as corridor outside the auditorium to links all the rest spaces.The triangle becomes a formal motif here. You can see that the skylight window is a triangle of different sizes and the sunlight will cast a beautiful light spot into space. Simultaneously, the triangle also becomes the structural motif. Along with all façade’s array of pillars, the parallel beams intersect with each other to form a triangular mesh structure that supports the entire open “shell”.It must be said that at the end of the space movement, people will return to the outdoors and find an inclined roof terrace. Roof is directly connected to the exhibition space on the top floor. Roof terraces can be used as public spaces and event spaces. People will have the opportunity to look at the Ny Carlsberg Glyptotek, Tivoli Garden and Christiansborg Palace in the sunset. 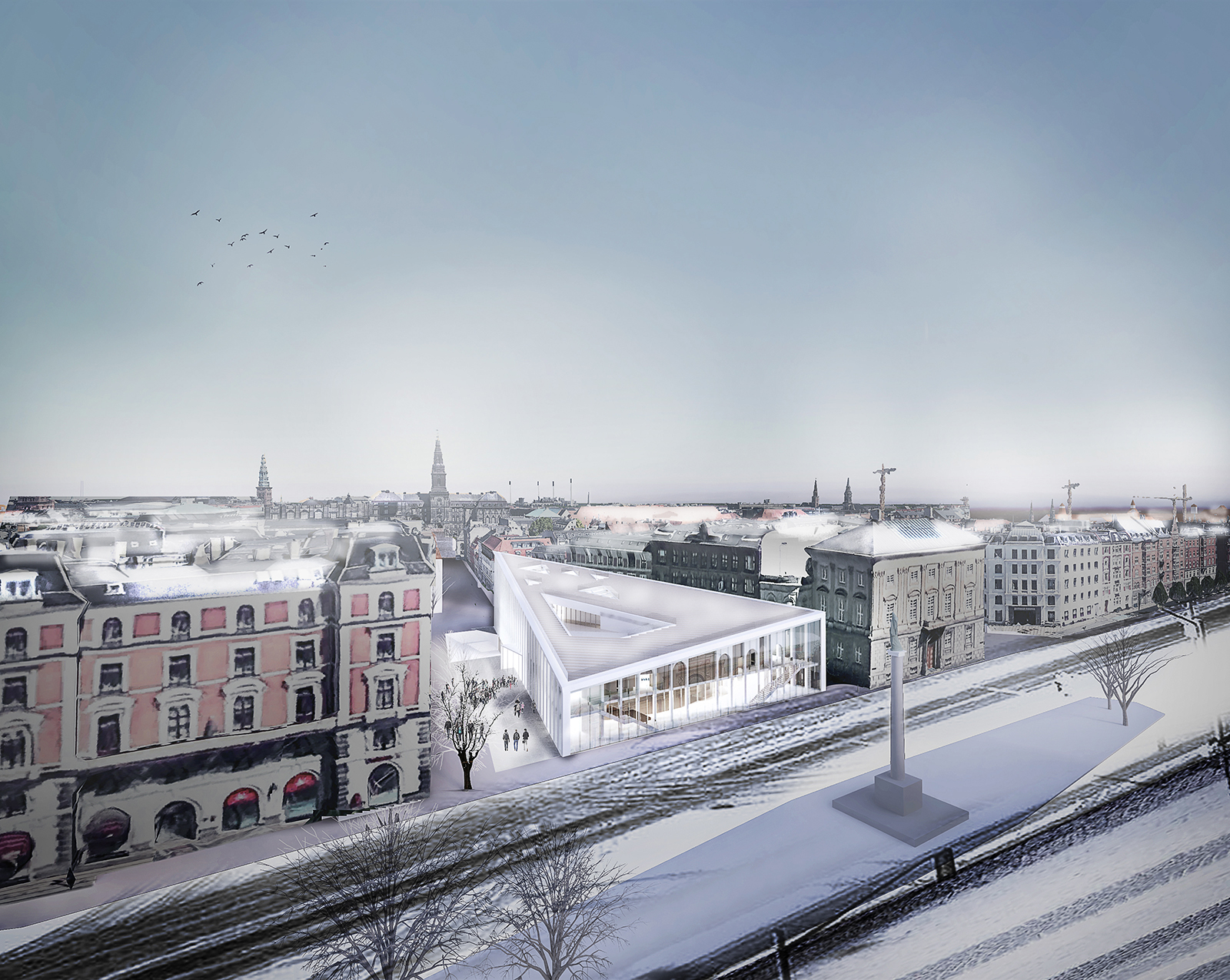 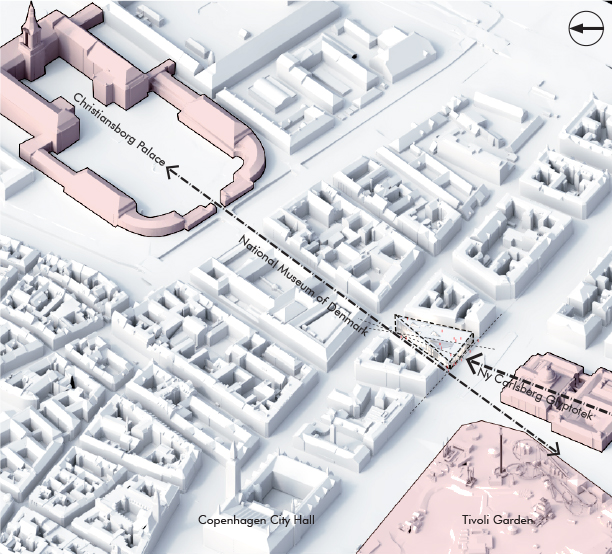 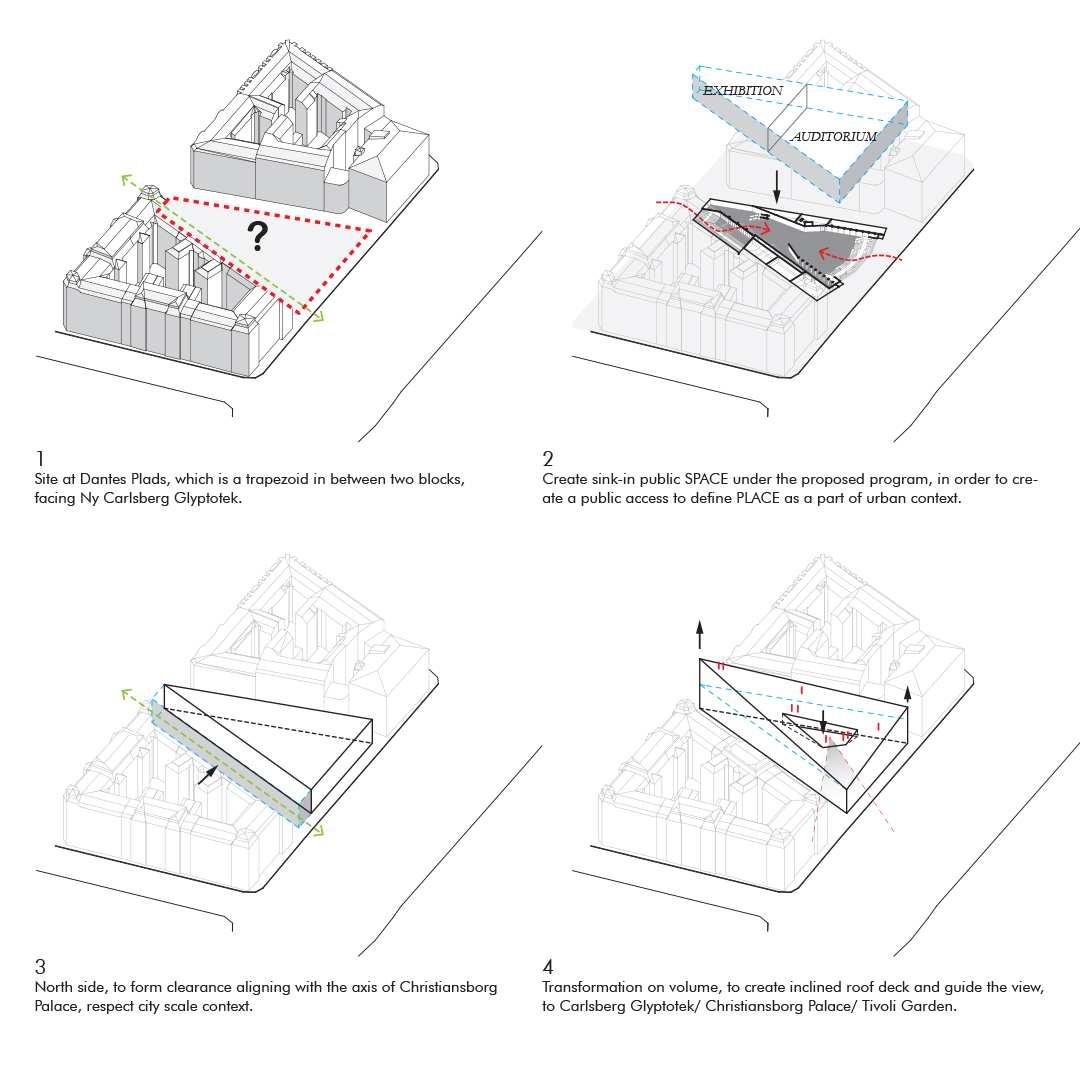 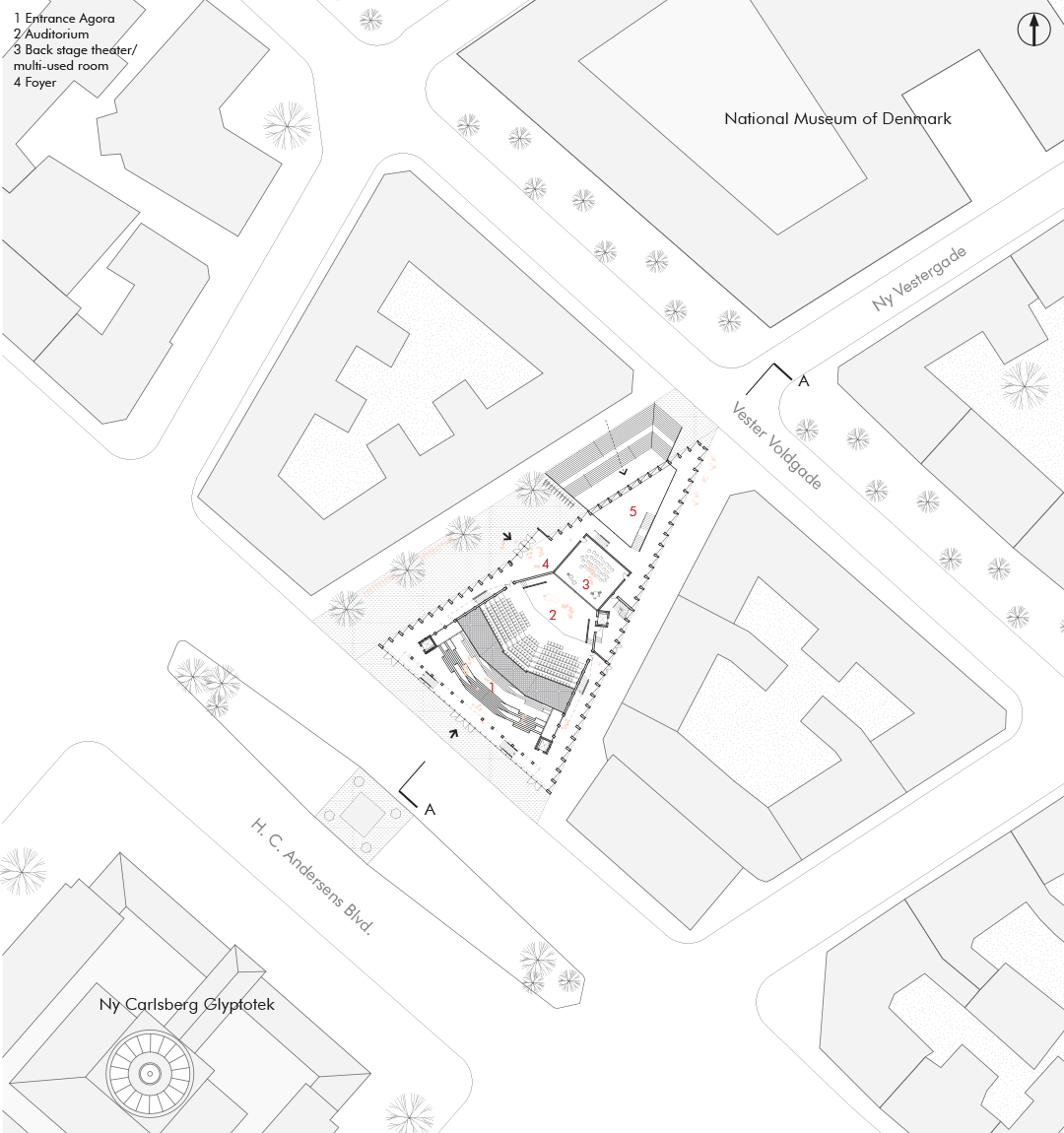 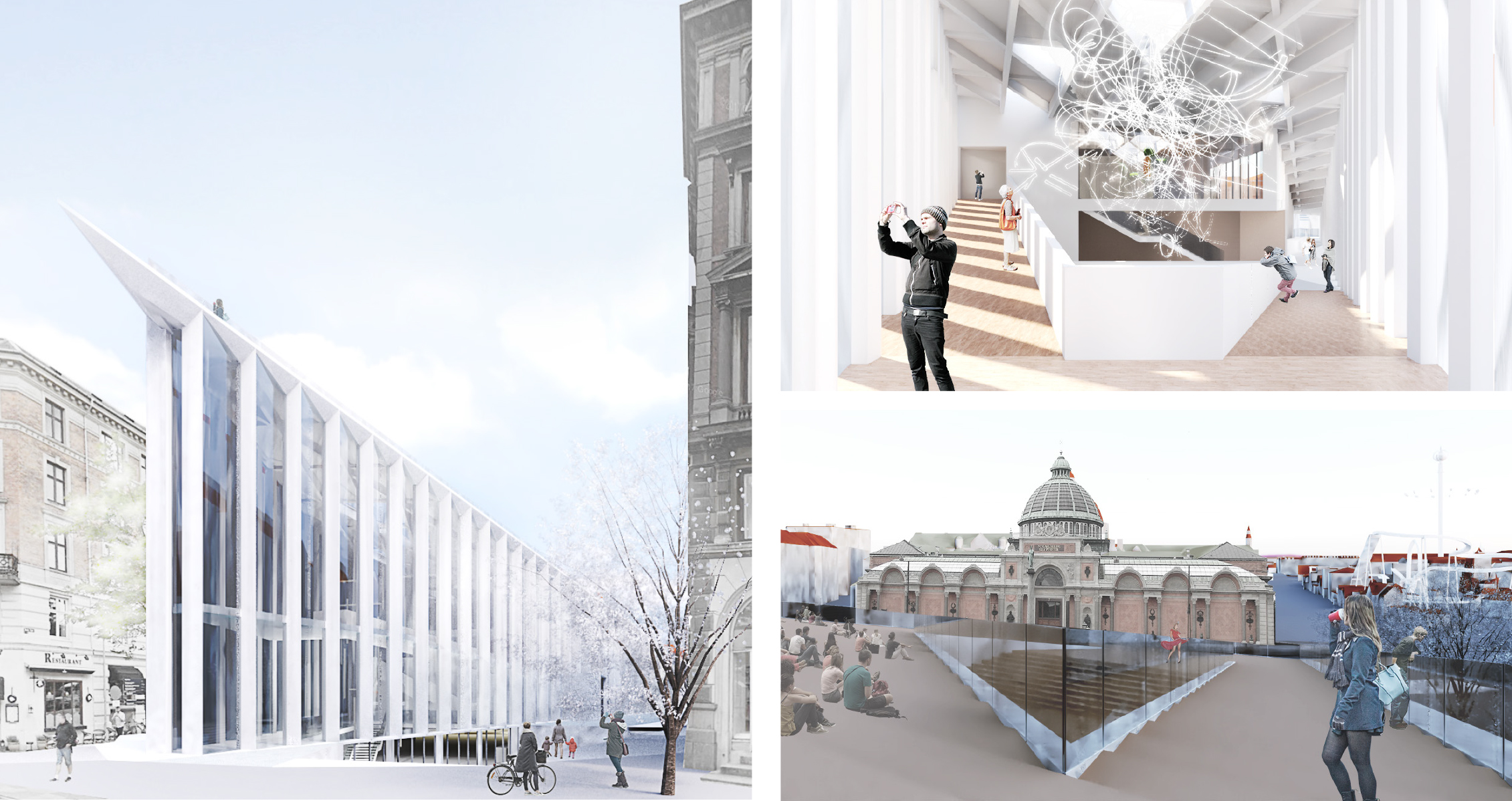 All personal works © Junfei Pei. Collaborative works will be marked. Please do not reproduce without the expressed written consent of Junfei Pei.